Here at Sheridan’s Badges and Engraving, we are immensely proud of our quality and commitment to our craft, as practiced by our family business for 108 years and counting; we are also delighted to be recognised for our contribution to Western Australian history. A lot has changed since our family patriarch Charles Sheridan initially set up shop in West Perth in 1913 in a workshop behind his family home. Over the years, Perth has changed greatly, as have the technologies involved in badgemaking and engraving (but what has not changed a bit is how much we love what we do!) You can read a bit about the early years of Sheridan’s in our first-ever blog post back in Jan 2020, where we talk about our collaboration with the WA Museum in preserving WA history through our work, and a more in-depth history at the WA Museum’s Sheridan’s Badges feature (which we’re pretty excited about). But as WA history buffs, we would love to share a bit more of the Sheridan’s story with our readers, and we hope that you enjoy reading about our story as much as we enjoy sharing it with you.

You often hear “company history” and “family history” as two very separate concepts, but as a family-owned business for a century and counting, our business has been quite central to our family story!  We have seen the world change aplenty since our earliest days; before we fast-forward to the extraordinary days of computerised engraving and centrifugal spinning, let us tap into a few little-known Sheridan’s stories from many generations before.

Our families become quite well known over the last century for our badges and engraving, but one story that is less told is that of our musical contributions to WA history. When Charles Sheridan I first packed up his belongings and took the train to Melbourne to catch the boat to Perth at the tender age of 21, he took with him the one thing he could make a living with – his violin.  A trained classical violinist in Ballarat, Charles had won several musical awards. While many others made their way out West in those days to seek their fortune in gold rush era Coolgardie and Kalgoorlie, typhoid fever was rampant in the Goldfields at the time; and young Charles’ mother feared for his life, making him promise not to look for work there. So, Charles found himself coming to Perth with a violin case, rather than a miner’s pick and shovel.

By 1906, Charles had transformed his chamber quartet into a dance orchestra (still mostly comprised of musician friends from Victoria). The band was in high demand at social and formal functions, and Charles even organised supper dances at the Piccadilly and Ambassador Theatres. In those days, long before touchscreens and video streaming, this was a significant form of night-time entertainment.  Charles rented an upstairs office in the Eagle Chambers on Hay Street in Perth CBD, from where he ran an importing business, practised with the band, and booked performances. The Charles Sheridan Orchestra made him well known around town and his talents were well appreciated.

Sheridan’s Badges and Engraving was founded in 1913 as Austral Engravers and grew by the 1920s to become the largest badge maker and engraver in Western Australia; the name was changed first to Sheridan’s Austral Engraving and Stamping Company (as Charles felt that a man should stand behind his product) and then to Sheridan’s Engraving and Metal Stamping Company (around 1924). The company became a household name for around sixty years. By this time, Charles’ son (Charles II) and his sister Doreen were both working for the company as well, and as the Great Depression took hold, the family’s musical career became more important than ever. Charles gave up playing in 1929 to concentrate on the now struggling company, while Charles II (Chas) took over as conductor and continued at a new venue. The band became known as Charles Sheridan and his Embassy Band. After work, Chas and Doreen would scrub up to play at the Embassy Theatre that night. During these tough times, it was fortunate for the family that people would do whatever was needed to save the shilling needed to escape the stresses of daily life in the Great Depression, and many people of that generation have fond memories of the simple pleasures the Sheridan Band provided.

After a five-year courtship, Chas married Beryl Olsen in 1953. Charles III was born in 1955, Philip in 1956 and David in 1958; three potential heirs towards a third generation of a long-established family business.

Nowadays, the business is led by Chas Sheridan (Charles Sheridan I’s oldest grandson), whose childhood was full of happy times with his two younger brothers pottering around in the workshop at the back of his home. They would get creative with the machines, race around the corridors on trolleys (and melt things on an asbestos board – do not try this at home!). It was certainly a fun playground to have in their backyard, and even more so knowing the important role that the workshop had had in their father’s and grandfather’s life. In fact, Charles II had worked in the factory since he was a boy, so it was no surprise that his sons’ first summer jobs involved working in the factory earning some extra pocket money engraving badges for bowling clubs. This is a time-honoured Sheridan’s tradition, and one that Chas’ two sons followed, making them the fourth generation of Sheridans to grow up working their first jobs at the factory.

Chas and his brothers always knew they would grow up in their Dad’s business one day – “You’re sitting on a goldmine!”. They learned many hands-on skills such as specialised tool making from their mentor, Ray Hibben. He was the company’s die maker and engraver, an enthusiastic craftsman with in-depth knowledge of his craft, who had been with the company since the age of 15. At the same time, they learnt skills that could be useful to giving their best to the family business, with Chas studying Commerce at UWA, Phillip studying Accounting at Curtin, and youngest brother David qualifying as a fitter and turner.

Ray’s sudden death in 1981, and their father’s Charles II’s death a year later, was a great shock to the business; but just as the Sheridan family had navigated through the storms of the Great Depression and two World Wars, we embraced our new challenges with vision and aplomb.

The computer age had knocked on the doorstep of our time-honoured establishment, and with it came opportunities and challenges alike. Firstly, the challenges: getting an engraving done even by an interstate company would once have involved months of back-and-forth mailing letters, drawings, and samples. The advent first of the fax machine and then of computerised communications meant competition from interstate and overseas, but also access to clients from around Australia and the ability to showcase our work online and be found by customers in new ways. (However, even in 2021, there is nothing like a solid reputation for excellence cultivated over a century, with repeat customers and honest word-of-mouth!) The opportunities of the computer age were particularly exciting in terms of precision and efficiency, with computer-aided design offering incredible power to turn new, creative designs into carefully crafted bespoke products. All done at unheard of turnaround times.

It is hard to imagine in an era where technology has become so pervasive, but when we started our foray into computerised engraving, graphical user interfaces (GUIs) were still largely a thing of science fiction. We would painstakingly use CNC machineries to program X and Y axes. Early on, this was slower than doing engraving without computerised technologies, but we’ve certainly come a long way now using software to achieve even better results in a fraction of the time. In the administration, in planning, in design, in production, it is all pervasive.

So, you may be wondering at this juncture – what did badge making and engraving look like before computers came into the mix? In our West Perth workshop, we had around 1,200 tools for cutting out badge shapes, each of which would take about 12 hours to make. This meant that a new badge shape was largely out of the question unless a customer was ordering enough of the product to justify making a new tool. Now, our offshore factory can offer just about any shape at a fraction of the cost.

Computer engraving no longer requires hand carved brass templates to engrave logos. Once we’ve created a design on computer software, we just line the material up in our laser or rotary engraving machines and engrave the product in a matter of minutes.

But creating a quality product still involves an immense amount of skill – knowing how the materials will react, using the right materials and fittings for the job, and creating products that are built to last. That knowledge and experience makes a world of difference when you turn visions into reality every day: from getting just the right shade of bronze finishing to creating the shiniest mirror-finished plaque; painstaking hand-colouring; and even restoring time-weathered historical plaques to their former glory.

The Sheridan family business has passed down through three generations over the course of over a century, during which time we have seen the world change in ways that would have been unimaginable to Charles I. We are sure that he would be very proud knowing that the company he built has been in safe hands. The technologies involved in engraving and badgemaking have changed enormously since he was a young lad first venturing out to seek his fortune in Western Australia, but what certainly has not changed is our unwavering commitment to our craft, and how we have faced a century of challenges and change with aplomb. We are immensely proud of having created items which have been treasured by generations of Western Australians and are grateful to our customers for choosing our family business time and time again. 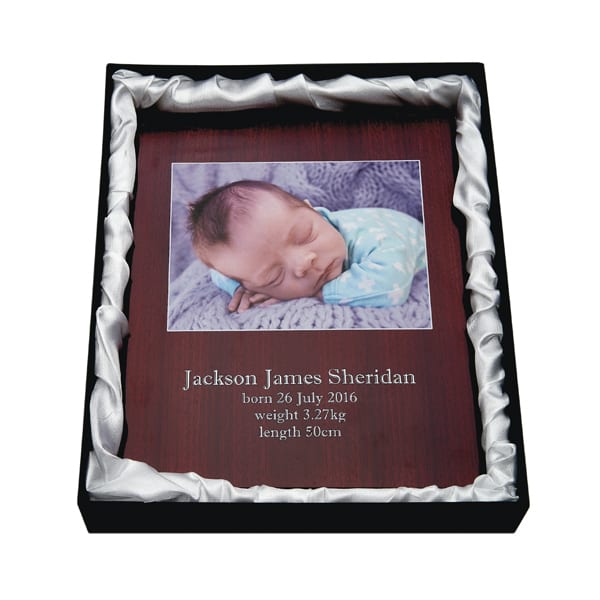 We hope you enjoyed this article, and while you are here, we would love to recommend a few other posts we have written that you may find interesting:

We will catch you next month with an article on the fascinating process involved in making a keyring!